One of the things we looked forward to when moving to Sydney was welcoming in the New Year by the Sydney Harbor Bridge, for we had long heard of those famed fireworks display.

But squeezing in between a few hundred thousand people to catch a glimpse of the display didn’t seem appealing, even if that set us up for the perfect vantage from which to take pictures.

We had however, the use of a private jetty in our apartment complex, and kayaks! So at the 11th hour, we, along with some kayak netball friends, launched our kayaks into the water and maneuvered our way close enough to the Harbor Bridge to watch the magnificent displays. Nevermind that I couldn’t quite get sharp pictures from a moving vessel. We were on the water and close to the action! 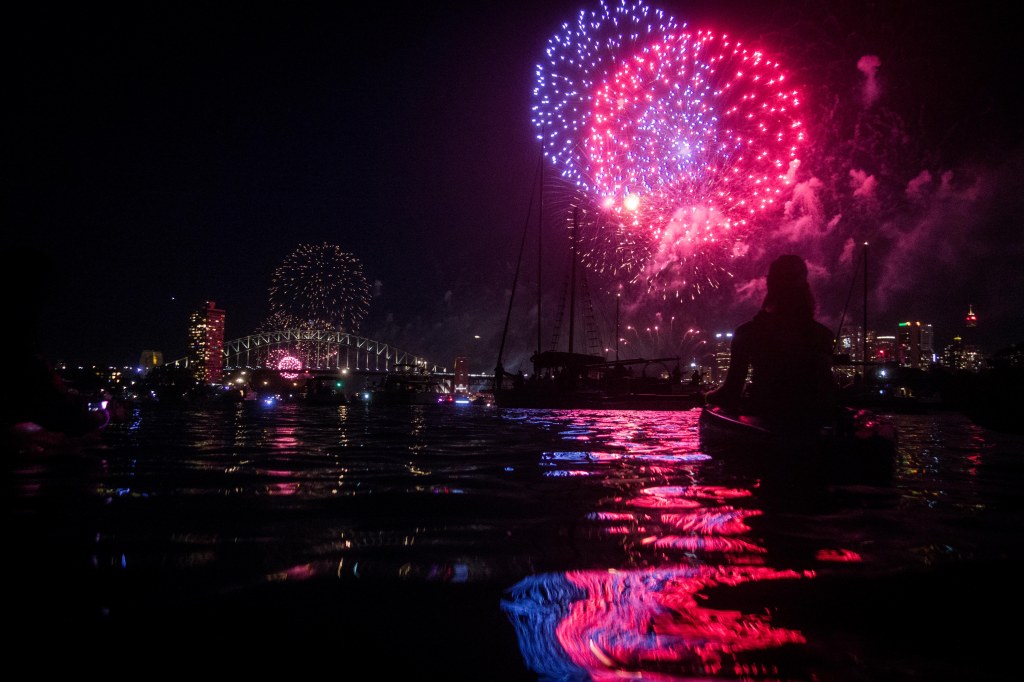 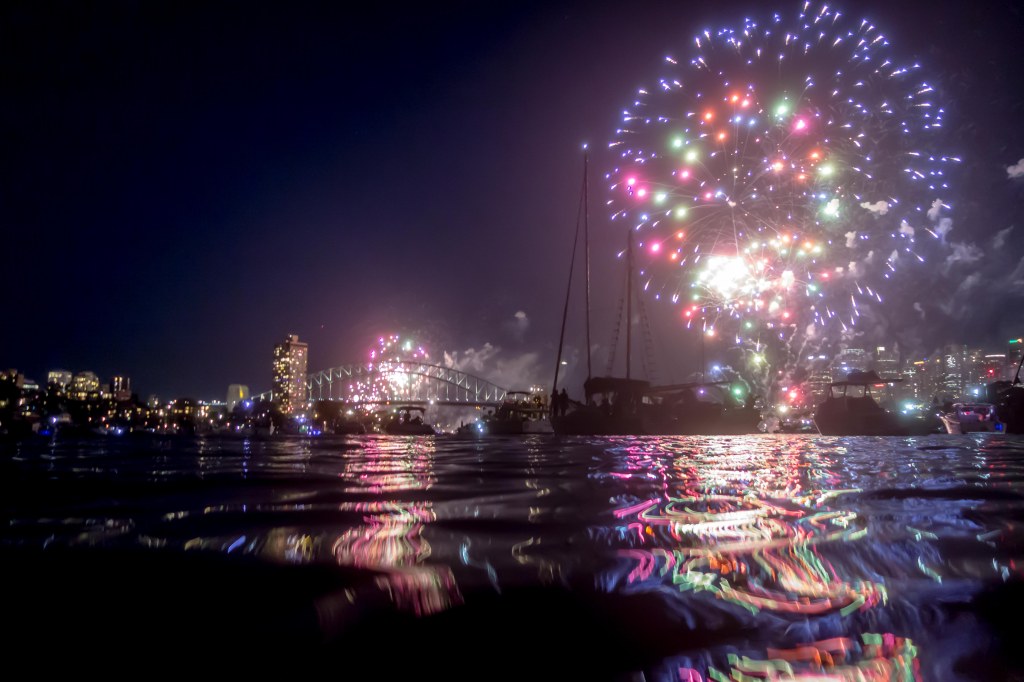 After catching the 9pm fireworks, Jeff and I were quite ready and happy to call it a night, given that we’d awoken up at 5am to catch the sunrise at Jervis Bay, battled strong waves and wind for a paddle there, then rushed back to Sydney. But our friends invited us to their dad’s yacht which was moored close by, and so after we dropped off one of our group, the rest of us paddled to the boat and camped out on deck to catch the midnight fireworks. 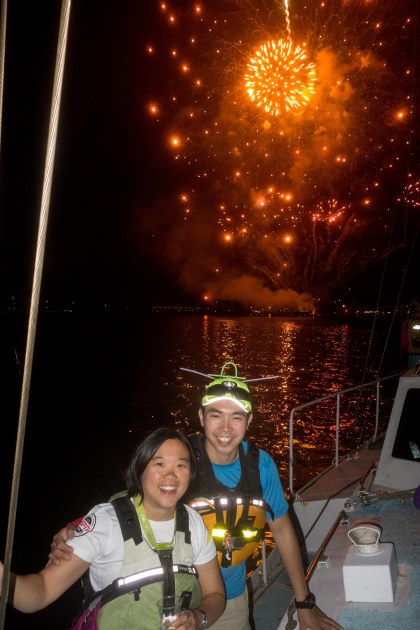 One thought on “Countdown to 2016 in Sydney”