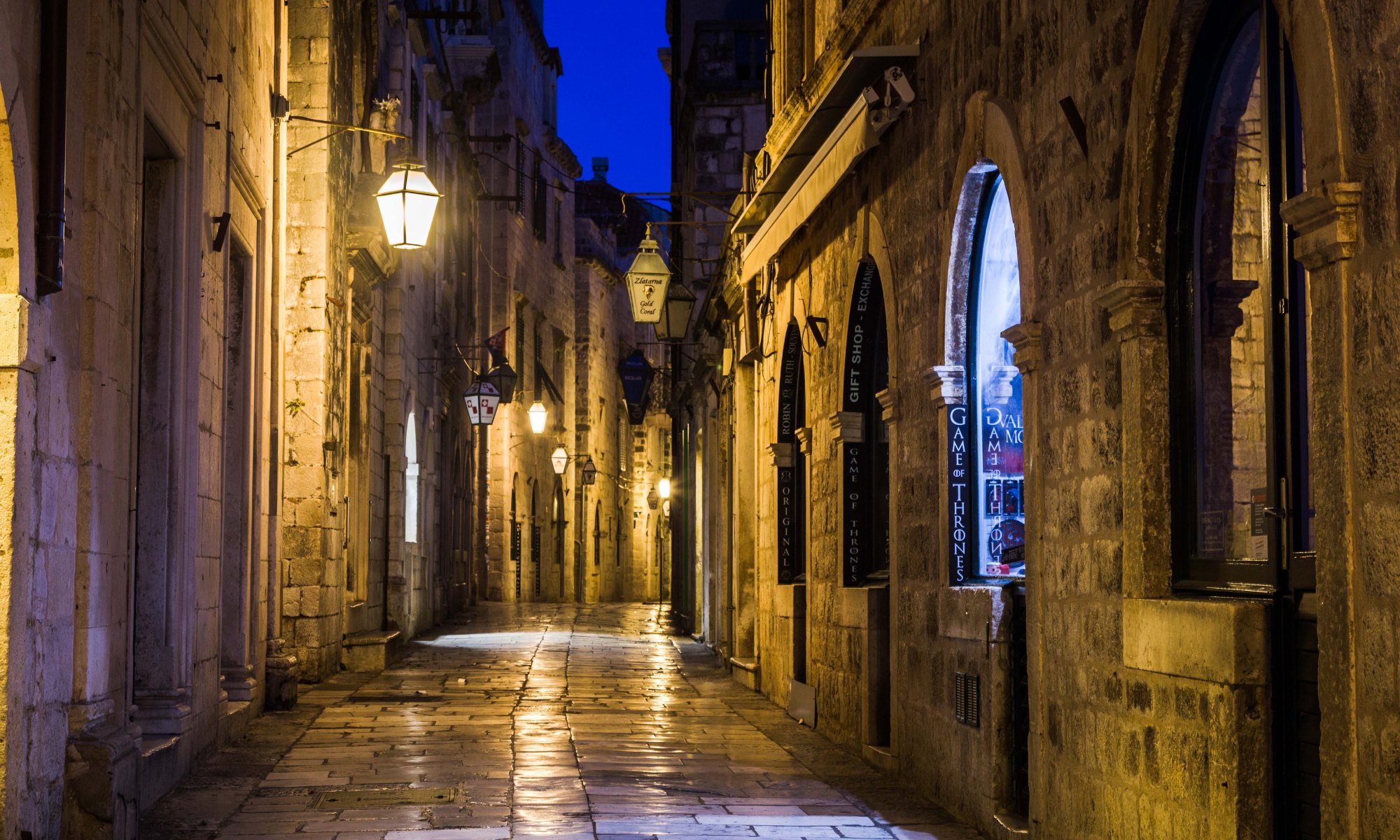 Dubrovnik has exploded in popularity over the past few years. To be honest, I’d never really heard of Croatia, much less Dubrovnik, before 2010. Since then of course, the city has been featured in the wildly popular Game of Thrones, as well as some South Korean drama, and soon, Star Wars VIII. So when we arrived in the late afternoon, there were people everywhere. We had to duck the hordes of tourists wearing headphones and sporting stickers stating that they were from some cruise ship or other, listening to their tour guide waving her umbrella at the front of each pack (Happily, the days of tour guides blaring their commentary over loudspeakers is now long past.)

I ventured out just after sunset to try to take some pictures, but even with long exposures, I could still see the blur of people blocking out the view of the charming alleyways of old city Dubrovnik. So I packed up my camera and tripod, and joined the rest in just soaking in the lively and cheery atmosphere.

Jeff and I woke up early the next morning though, before sunrise, to enjoy the city in peace. The streets and plazas were mostly empty, save for the few clean-up crew dousing the cobblestones down with water, the vendors setting up their stalls at the farmers’ market, and a half dozen other photographers parked in front of the main square. 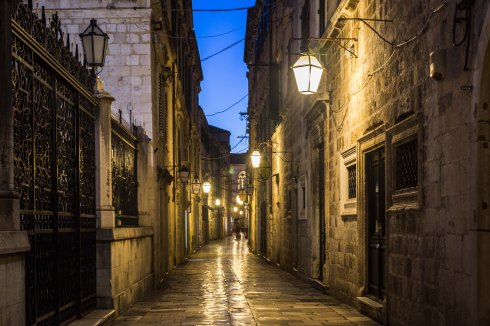 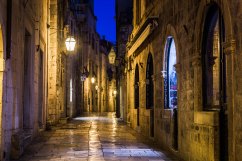 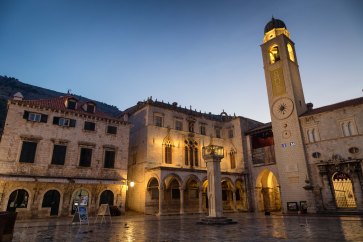 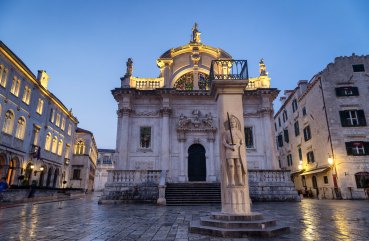 We also got a Dubrovnik card that gave us access to the city walls, as well as a laundry list of museums and discounts at restaurants (it’s well worth it; and restaurants not even on the card gave us discounts when we asked!). 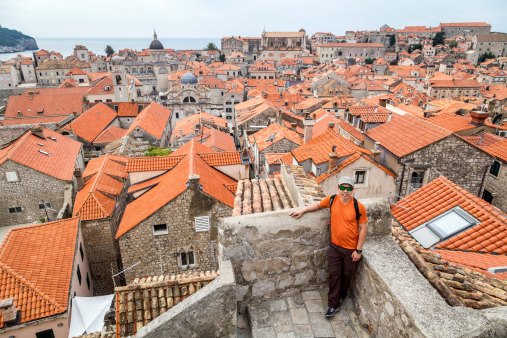 Jeff even tried to go for a swim outside the city walls. He had a dip in at Banje Beach just outside the old city before the sunbathers parked themselves down on the pebbles for the day. But that beach had nothing on the calm and clean waters at Podgora, so I was content to just sit back and listen to the sound of waves gently lapping against the shoreline. 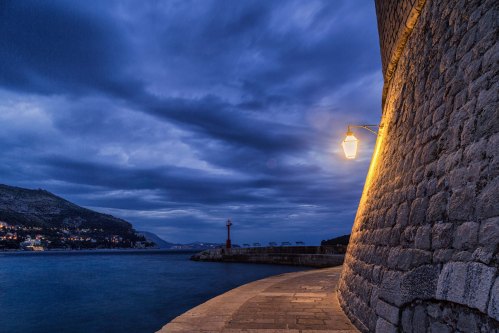 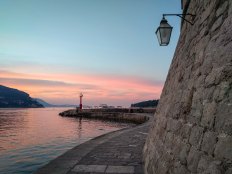 4 Replies to “Wandering the streets of Dubrovnik”