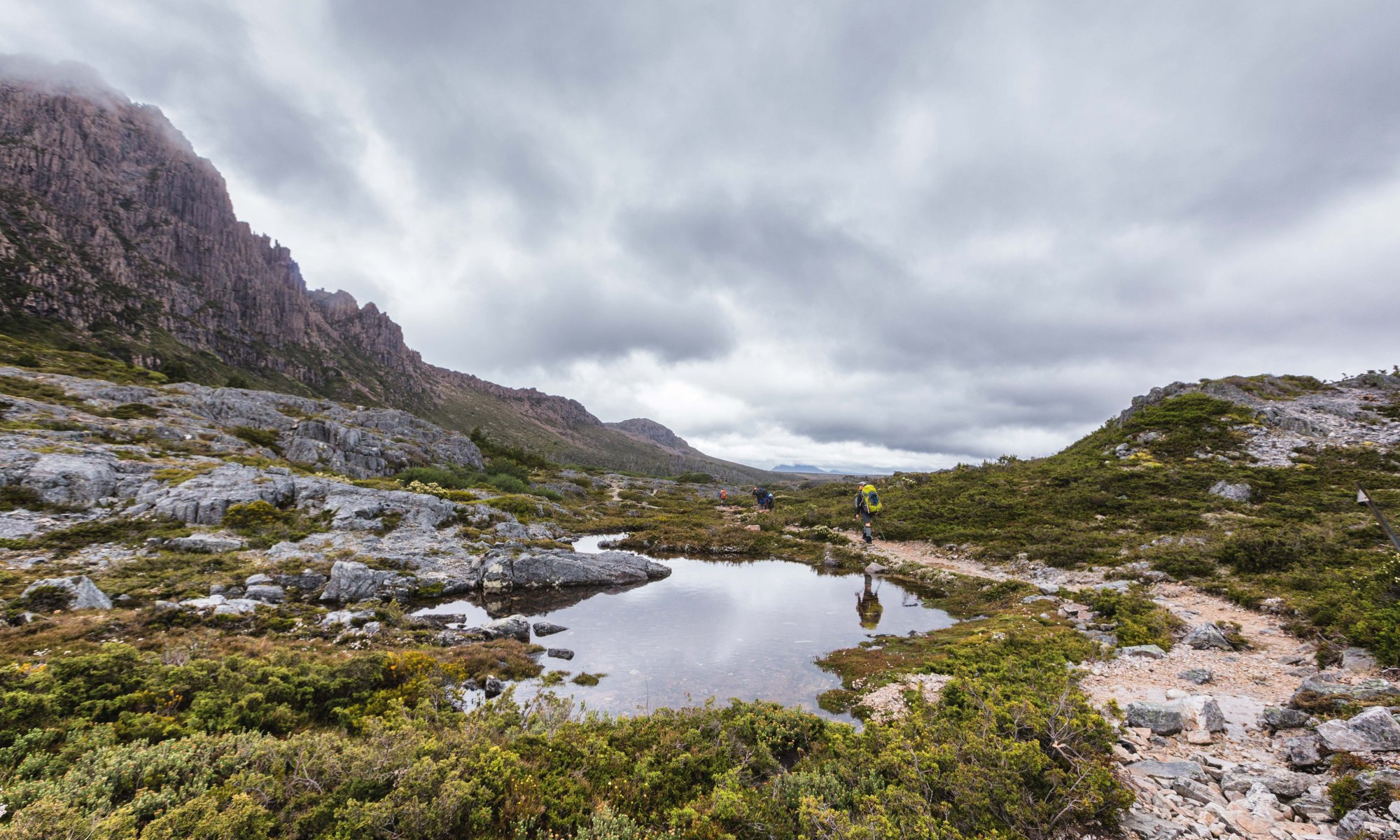 The anticipation was high as we strapped on our gaiters and hoisted our backpacks to pose for a group shot at the start of the Overland Track. When I had thought about it, 65km of trail walking over 6 days didn’t seem too bad. It just averaged 11km a day. How hard could it be, really?

But when we physically lifted our backpacks for the first time, weighted down with all the food and gear we’d need over the coming days, the distance suddenly seemed more daunting. Quite a bit more daunting.

Oh well. One step at a time. They said the first day of the trek was the hardest, probably because we had the heaviest load and had to traverse the steepest section of the trail to Marions Lookout.

So we took it slow. Admired the increasingly expansive views of the landscape as we ascended, often being overtaken by day trippers with their teeny-tiny daypacks. But in the words of my three-year old niece, after we’d tackled Marions Lookout, “it’s not so bad”.

The weather started to close in though. Before long, we were shrouded in mist, and our world shrunk to a dreamy foggy sphere. Having done the trek 3 other times before, my brother described the supposedly fantastic scenery that surrounded us while we kept our eyes on the ground and trudged on. 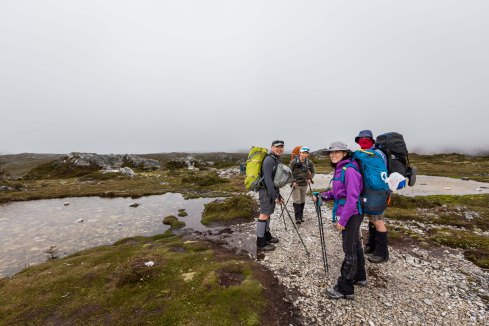 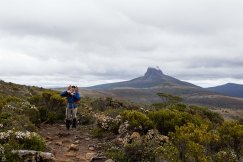 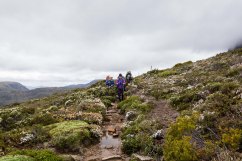 At least it wasn’t raining. Well, not until we finally reached our campsite at Waterfall Valley in the late afternoon, and set up our tents. That night, it raged. We could hear the howl of winds in the mountains seconds before it swooped down into the valley and tore at the walls of our tents. The rains lashed ferociously against the flimsy fabric, as we buckled down into our sleeping bags before it got dark, crossing our fingers that the tents held up. Thankfully, the hut wardens walked by in between a lull, and advised my brother to move his tent, for they had pitched it in a low-lying area – when we emerged the next morning, that area had turned into a bog.

For the next 5km you will enjoy sweeping views across the glacial landscape as you walk beside the base of Cradle Mountain, before steadily descending into spectacular Waterfall Valley to the huts and campsites. Once there, feel proud that you’ve just completed what many regard as the most difficult day – Day 1 of your Overland journey.

One Reply to “Hiking the Overland Track – Day 1: Ronny Creek to Waterfall Valley”