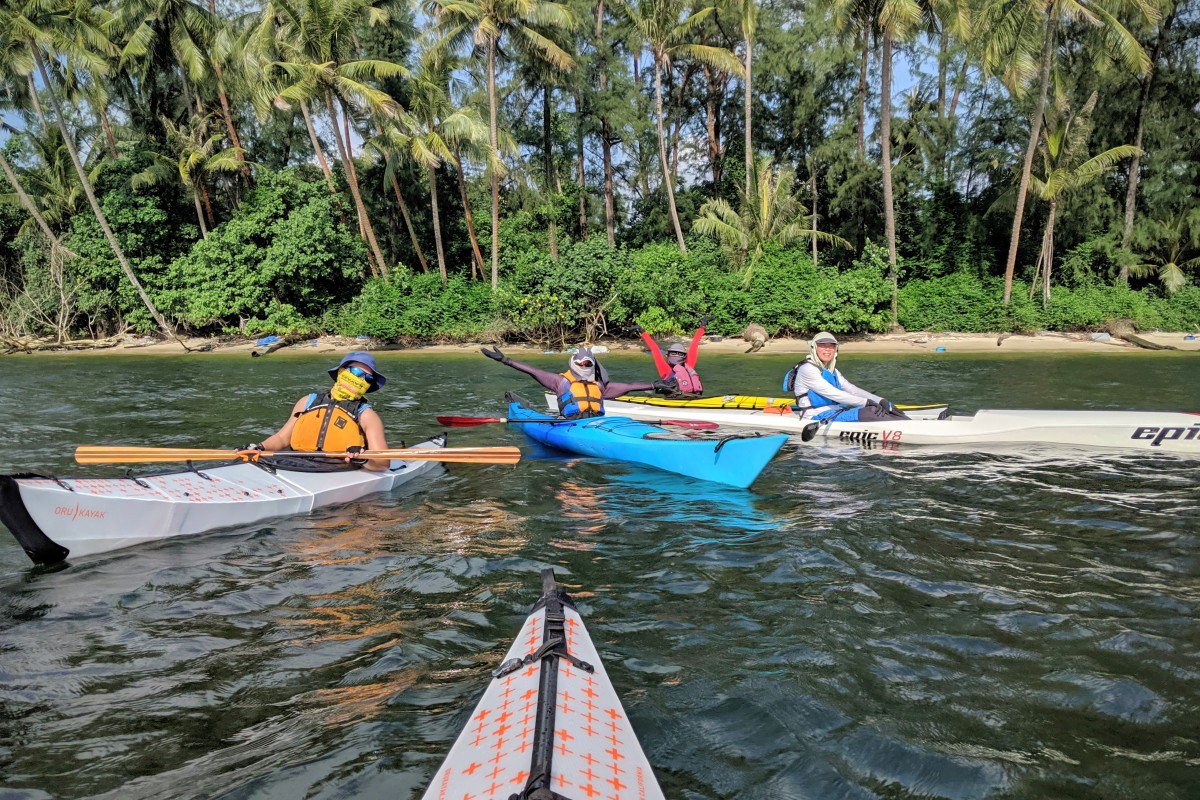 One of our kayaking friends put together this ambitious plan – to kayak from Sembawang, the northern tip of Singapore, to Changi Village via the back side of Pulau Ubin. And then back to Sembawang. That journey would have been roughly 56km.

Not something I’d have undertaken, not in the heavy humidity of Singapore. Since we were going by Pasir Ris though, Jeff and I thought we could just load up our foldable Oru Kayaks into the car to Sembawang, then paddle home to Pasir Ris. Our two other friends who had their own kayaks as well also elected to pull out at Pasir Ris.

The four of us with our own kayaks launched early Saturday morning, from the newly renovated Sembawang Park. We drifted just outside the park, on the Singapore side of the channel, waiting for the others who were renting from Sembawang Yacht Club. A Police Coast Guard came charging up the channel, towards us. They cut their engine and floated alongside us, asking for our trip itinerary. Malaysia loomed large just a couple of kilometers away – and in fact our phones had already jumped to the Malaysian networks.

Satisfied with our answers, the coast guard soon departed as the others caught up.

It was a fun paddle, along a side of Singapore I’d never visited before. The winds and current were a bit against us, but nothing we couldn’t handle. We hit Pasir Ris after a leisurely 4 hour paddle, around 18km. By then, it was past noon, and the team who had to return back to Sembawang decided not to cull back their ambitious plans. Instead, we decamped as a group to the zichar food court by the beach for a quick lunch just as the skies opened.