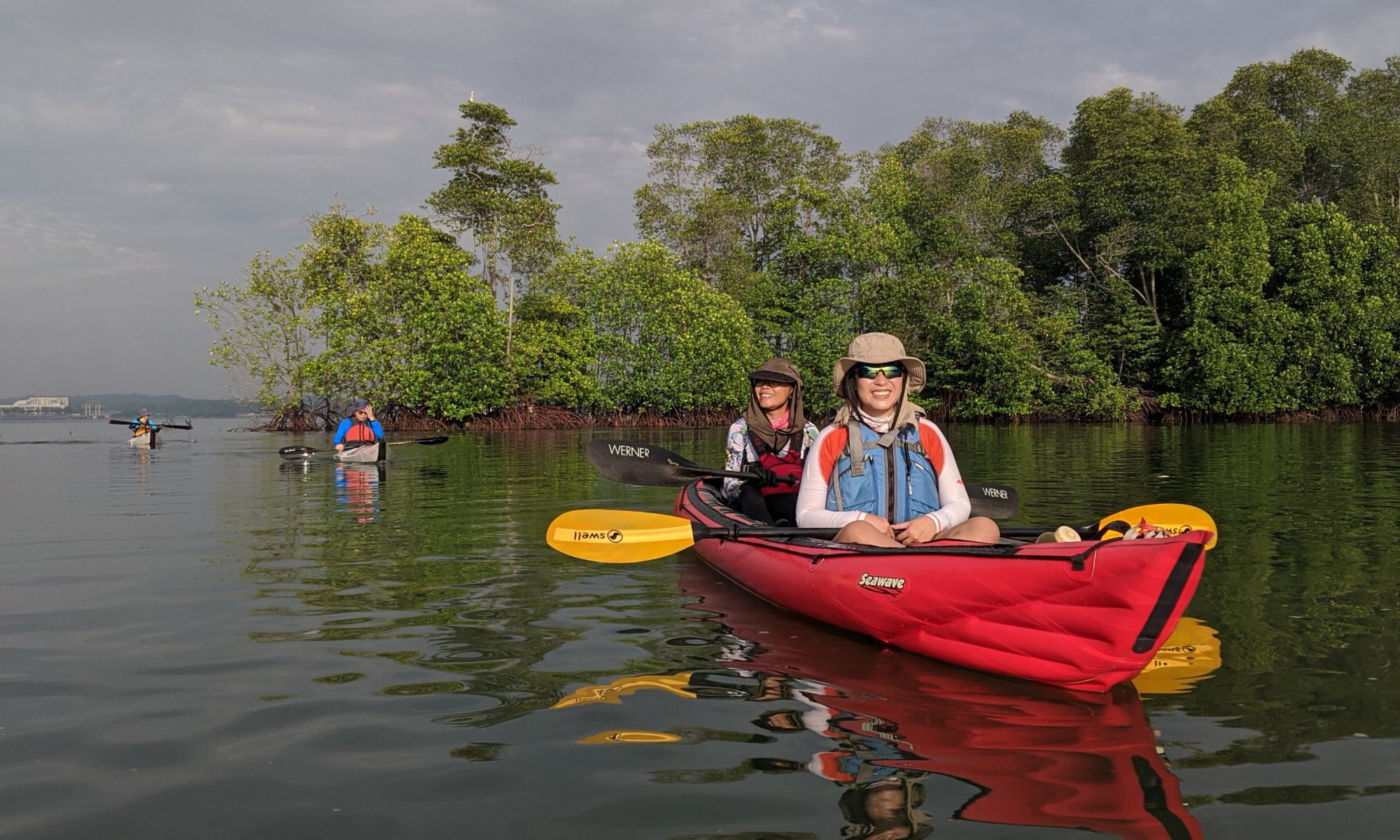 Waning moon phase with a high tide at 940am. With mild currents predicted, we were in a good place to launch off from Pasir Ris at 730am to leisurely explore the mangroves in Pulau Ubin.

Unlike the stormy conditions from a couple of weeks before, the air was still and the water glassy. It made for an easy and light-hearted crossing to Pulau Ketam, from which we crossed over to Pulau Ubin.

Our goal was to explore another river of Pulau Ubin – river Mamam. The mouth of that river opens up from the northern end of the island, but not wanting to do the lengthy circumnavigation, we opted to cut through the island via Sungei Juletong and under Juletong Bridge next to the famous Ah Ma Drink Stall.

The twisty streams are a challenge to navigate, especially with rough maps that don’t show all the detail. But Shan led the way with aplomb, and a few false but fun turns later, we found our way through to the northern end at around 1030am.

Initially, we worried that the tide might not be high enough to traverse the mangroves, and indeed in certain stretches our paddle tips kept striking the mangrove roots in the shallow water. But the lower water levels proved a blessing, for it enabled us to squeeze under the two bridges that bisected the river, so that we needn’t step out onto the muddy banks to portage across. Win!

Such a fun paddle! Animals sighted: egrets, wild boar crossing the river, family of otters feasting on fish near the river banks, iguanas floating in the water.

We’ve now kayaked the major rivers of Pulau Ubin, but there remains plenty more twisty turns to get lost in!