As part of our training for our upcoming Overland Trek in Tasmania, Jeff and I have been trying to schedule in hikes on weekends. This past weekend, we headed down to Kangaroo Valley. My first choice would have been to paddle down to the gorge instead, since that’s more relaxing in my opinion haha. But training calls.

I chose as our trail the Old Meryla Road trail, a 16km walk that passes through the creeks and ends up at Lake Yarrunga. Alas, we couldn’t find the locked gate at the crucial fork described on the trail map and ended up on the Griffins Fire Trail instead. It was a workout of a walk though, with a 5km straight descent, 2km of flat respite, followed by 5km straight ascent on the return route. Oh well, all in the name of training.

We also stopped by Fitzroy Falls for the view. The rim walks look promising, even if they were shrouded in a thick layer of mist when we visited late afternoon.

We set up camp overnight at Bendeela Recreational Area. We weren’t quite sure what to expect initially, given it was just a huge expense of grass where everyone could park their trailers / tents, but it turned out beautifully. Given that it was still early in the season, there was ample room on the grass. We spread out a picnic mat, laid back and enjoyed a bottle of beautiful Malbec over dehydrated camp fare – including some really tasty apple crumble! – and watched the wombats lazily waddle amongst the tents.

An awesome way to take in some fresh air and the great Australian outdoors. 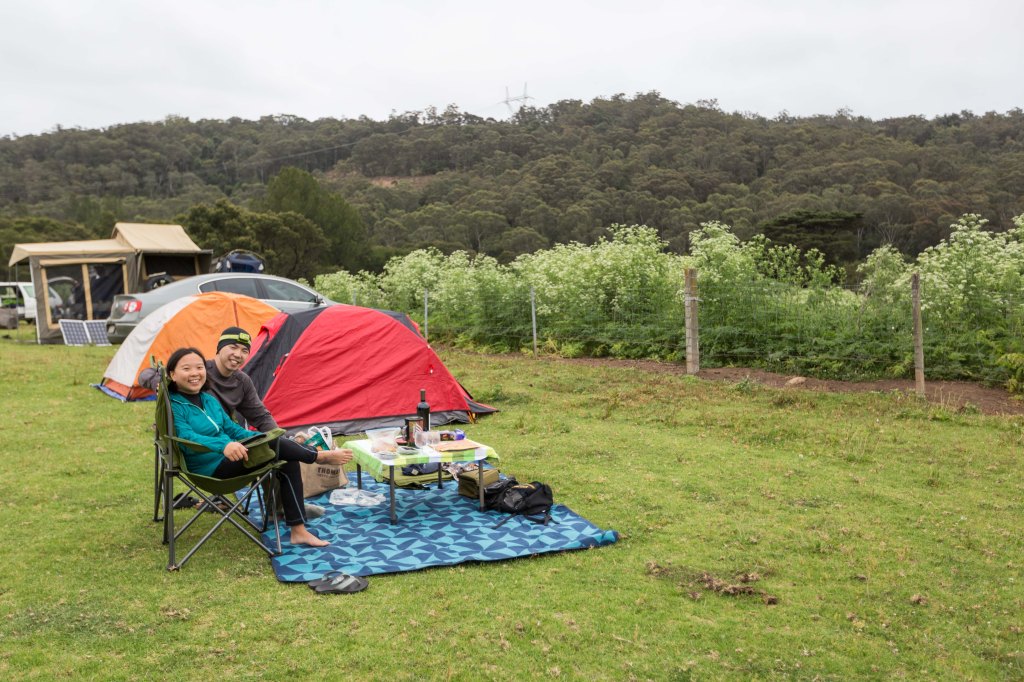